Being Mixed in a Black and White World

One could question how I could possibly understand what the Black struggle was since my skin is a pale yellow and my hair is curly. However, the Black experience was something I endured because of how I am perceived by America, it’s history, the way i grew up and the culture I connected with. I have a white grandmother and a Black grandmother, both still alive and married Black and brown men. Both my grandmothers in part expect me to adhere to my “roots” or “traditions” depending on which you ask 🙂 but i think it’s important for biracial and multiracial individuals (because America is more than Black and white) to feel a sense of belonging. People like me make up less than 0.1% of the population. of the US population.

While I understand the difference in my opportunities because I am “racially confusing” and have gotten some opportunities in life simply because of how I look, being mixed isn’t always a privilege. It comes with being put on the sidelines when we so desperately want to fight along side our darker skinned brothers and sisters for equality. There is often a sense of being invited over but not invited in to our community. The myth that it is privilege to choose to be white or Black is inaccurate. I can’t choose race. Race is never a choice even when you think it is. It can be a curse in itself to be treated black and expected to act white. It’s survival. I never wanted to learn 4 cultures, I just wanted one of them to accept me and give me a place where I felt whole. As I grew into who I was, I realized that I had to be whole in my own experiences as a mixed person, as a person of color and as a minority woman. To be mixed represents a shame in itself people don’t speak about. however, being mixed is a difficult privilege that I use to support this movement.

**read more of my blogs, or if you’re interested in working with me, get started now. 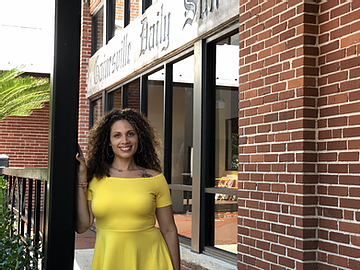